This article has been written by Javier Aseguinolaza, CEng, Director of ATECMASID, S.L.


The hot rolling of long steel products has stabilized as a sector, starting in 2015, since the crisis around 2011 and especially in Spain since 2008, in terms of production. Again the factories and companies grow, in general, maintaining their competitiveness. However, it is also key to maintain a certain technological growth, which in many cases is unknown from outside the sector.

In profiles, 10 years ago S 355 J0-J2 steel grades, had limited consumption generally limited to large or heavy sections, and S 420 and S 460 were hardly consumed, only under special specifications and even only in the singular construction market. In bar, something similar happened, but under own specifications, and differentiating the destiny in the construction with respect to other sectors like automobile or industry of certain technology. In special profiles destined to shipbuilding, automobile, and other particular applications, as well as in rail, the evolution has been produced more accentuated towards the supply of special qualities, higher performance, and also with a better finish.

In this evolution has also been key technological progress, the adoption or modification of certain aspects of process and material (steel), which establish significant differences between those who are able to offer high-performance products and therefore, higher value-added and price, and those that remain as followers in terms of leadership, but now also in technological terms. This differentiation may be originated by strategic decisions, but undoubtedly, it is generally influenced by the capacity of each factory in the future, that is, by the assessment of the capacity that a particular facility could have to produce better products in the future medium term, which in steel can be 5 years. 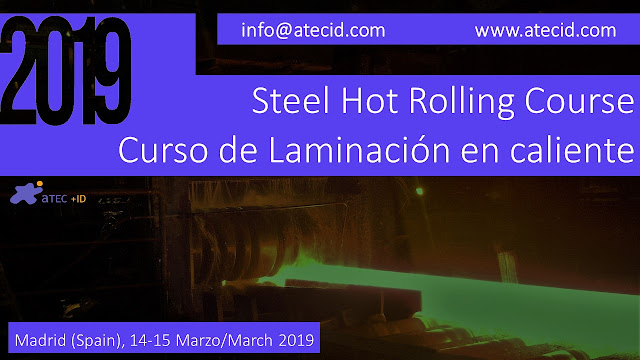 The technological base, of any field or sector, is forged in R + D + i activities that are carried out between research centers and the industrial facilities of smelting, steelmaking and rolling. These bases end up defining how the products, processes, and facilities are and will be, and they are what the managers, employees, and workers of any steel company face, from a salesperson to the one who monitors the ammeter in the foundry.

The personnel, in general, and of different functional and hierarchical levels, need to be trained and know these aspects, both in terms of their specific work environment, and in relation to the activity of their company in the sector. This need for personnel derives from the company's own need for its personnel to understand the business and the influence on sales, which every person, activity, and process has in the steel industry. Nowadays, every aspect of productivity and quality has, or may have in certain circumstances, a relevant influence on the success of these factories.

This reality is what took me now a little more than three years, to plan and develop a "course of hot rolling of long products", of which I have only received great satisfaction, and in which our own vision of the market is exposed, the metallurgical base of the product and the constant evolution in the qualities of steel, the design of the hot forming process of steel, and the final processes together with the keys of efficiency and productivity. This year the course is on March 14 and 15 in Madrid,